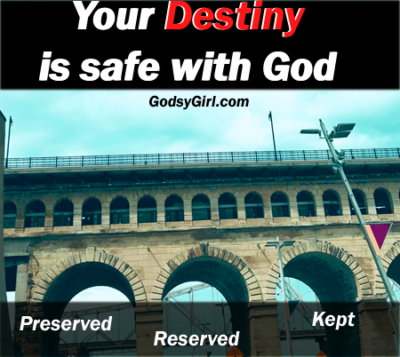 What is my destiny?

I love the story of King Saul found in I Samuel 11. His end was dubious, but the beginning of his kingdom was a perfect illustration of the calculated workings of the Lord. So cool!!!! I’m not sure if he ever wondered “what is my destiny?”, but God sure had it planned for him!

Here’s how it played out.

Saul’s father told him to go and search for the family’s lost sheep.

Obedience plays a role…in EVERYTHING!

In obedience, Saul began the journey with his servant by his side. The two had no success.

Then, the servant had a suggestion. It was a good suggestion. He recommended they go see Samuel – the man of God – for advice.

That’s always a good idea, right?  Seek wise counsel from Godly people when you’re not having success. It really can help. Only make sure they are indeed the real deal and their life reflects a solid Godly example.

In humility, Saul agreed to the servant’s request/admonition.

During that encounter, Saul learned God’s enormous and abundant plan for his life.  I love the way He unveiled it! It’s beyond bomb! Yes, I’m talking like a 12-year-old on purpose.

When Saul learned God would allow him to be King of Israel, he was blown away; absolutely “floored” by it all.

But, little did he know, God had the wheels spinning long before he arrived at Samuel’s home! It was all in the “works” so to speak.

In fact, the prophet even prepared a special meal just for Saul and had it “set aside” pending his arrival.

I get chills when I think of how Samuel presented the food to Saul.

He said “here is what has been reserved… it has been kept for you until the appointed time” (vs. 24 NASV)

Saul could have never imagined a little chore for his dad would position him for his destiny.

Think about it: had he not been obedient and humble, we would not have this beautiful story to feed out faith!

What if Saul had said “nope” when his father told him to find the sheep?

Secondly, what if he had been too arrogant to follow the advice of a “lowly” servant?

He would not have never met the man of God and received what was “set aside” and “reserved” for him!

Could it be we focus so much on asking and worrying about our destiny when God has a plan all in place?

Could it also be we miss obeying God’s commands (because we think they are small or insignificant) and totally miss out on a magnificent opportunity? Not knowing that menial little task could lead us to greatness?

Girl, as you venture along life’s journey- running your errands, being obedient and humble – know that God is at work preparing your ‘set aside” and “reserved” destiny too. Don’t get weary in doing the right thing.

Most of all, don’t think you know what an experience will lead you to… you really never know.

You don’t’ have to manipulate anything, toil in vain or stress out about it. It’s set aside and prepared for you!

Your “set aside” purpose is secure; protected by the armies of heaven and the Creator of all things. God has it. He will not lose it or cheat you out of it.

Simply walk in His statutes.

At the appointed time, you’ll receive what God has set aside just for you.

Check out these Bible verses about destiny.