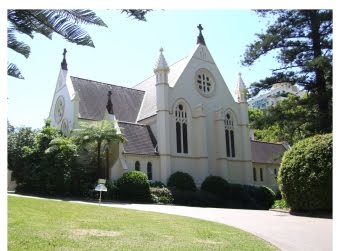 Now, I’m on my third “thinking’ via my Christian women’s lifestyle blog. I was going to say thinking out loud, but I”m not really doing that. I’m not literally making “noise”. ANYHOO, in my little series “Why People Don’t Turn To Christ”, I started with reason number one being us, as Christians, live such doo-doo filled lives, folks don’t want any of it. My second reason was people think they are strong and Christianity is a crutch.

Now, for my 3rd reason why people don’t turn to Christ – at least in my opinion is the most ironic of all.

My humble answer to this reason why people don’t turn to Christ:

We’ve all heard – or said – this one before, right?

Although logically it makes sense, in reality, it’s just a smokescreen.

For instance, I grew up going inside and outside a garage on my way to school, but that doesn’t make me a Buick, now does it? Nor does going to church as a child make you a Christian.

How we were raised doesn’t matter at all. What does matter is where our relationship with Christ is NOW – TODAY!

When a person uses this excuse, it’s a way of rationalizing his/her own doubts about their faith. But after a little conversation, you’ll soon be able to explain the value of a personal relationship with Jesus Christ – right here and now.

That whole church “when I was a kid” thing is dangerous because it gives a false sense of security. Be careful of it.

Just because you attended vacation Bible school as a child does not make you a Christian. Jesus said, Christian woman, everyone who claims the Lord will not be recognized by Him.

We must know Him, serve Him, and be convinced of our solid relationship with Him. (Read Mathew 7: 21-29 below.)

Know where you stand …NOW.

The bottom line: we all need forgiveness, we long for a Friend that won’t abandon us, and everyone hopes for a bright future. God offers all of these things in one package!

So, as you minister to the lost, be patient, sweet Christian Lady.

Listen and allow the Holy Spirit to guide you.

Pray the Holy Spirit reveals to the person just how much they need Him to live a life of peace, comfort, and security.

Make sure they know their grandmother’s faith is not their faith.

Personally speaking, my grandmother was a Christian and instilled many Godly practices into my life. Still, I had to come to Jesus for myself. Christianity is not hereditary. We don’t just get to pass salvation down to the next. Each dude or dudette must make her own decision.

21 “Not everyone who says to me, ‘Lord, Lord,’ will enter the kingdom of heaven, but only the one who does the will of my Father who is in heaven. 22 Many will say to me on that day, ‘Lord, Lord, did we not prophesy in your name and in your name drive out demons and in your name perform many miracles?’ 23 Then I will tell them plainly, ‘I never knew you. Away from me, you evildoers!’

The Wise and Foolish Builders

28 When Jesus had finished saying these things, the crowds were amazed at his teaching, 29 because he taught as one who had authority, and not as their teachers of the law.

Scriptures that popped in my head as I
thought about why people don’t turn To Christ.

John 15:15
15 I no longer call you servants, because a servant does not know his master’s business. Instead, I have called you friends, for everything that I learned from my Father I have made known to you.

John 11:25-26
25 Jesus said to her, “I am the resurrection and the life. The one who believes in me will live, even though they die; 26 and whoever lives by believing in me will never die. Do you believe this?”

John 5:24
24 “Very truly I tell you, whoever hears my word and believes him who sent me has eternal life and will not be judged but has crossed over from death to life.

Jeremiah 29:11-13
11 For I know the plans I have for you,” declares the Lord, “plans to prosper you and not to harm you, plans to give you hope and a future. 12 Then you will call on me and come and pray to me, and I will listen to you. 13 You will seek me and find me when you seek me with all your heart.