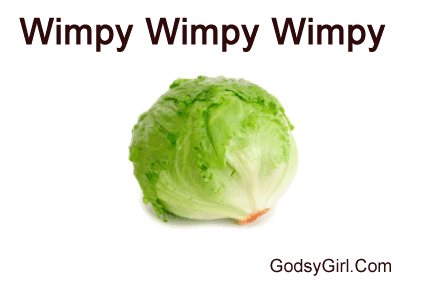 How to be a strong Christian woman?

You can DEFINITELY be strong because the Author and Finisher of our faith is strong. That’s the reason I am bugged when we are depicted as wimpy and weak  – just because we are Christian.

Have you ever seen ancient paintings that present a soft, spongy, almost effeminate Jesus? I have. Most museums have them. Once, I even saw one that showed Jesus looking almost like a teenage girl. Lion of Judah – NOT in that painting!  Sickening!

Sometimes artist portray historical figures incorrectly because they do not know much about them. Sure, they may know some facts or a little history, but not their true character. Therefore, they either illustrate them from their perceptions or from their own imaginations. Either way, they are wrong about Jesus.Sometimes, folks do the same with Christians.

They draw conclusions about us based on their own perceptions. They mistakenly think all Christians should saunter through life with no opinions, no authority, and no personal boundaries.

An assertive Christian? No way!

An opinionated Christian? Get outta here!

Needless to say, I don’t subscribe to this theory.

Let me tell you why.

For many, many years, I was a 5 foot 5 walking speed bump. My terribly low self-image was a curse and because of it, I allowed others to mistreat me time and time again.

Believe me; it was spiritually, emotionally, and psychologically exhausting. If people mistreat you enough, I believe your self-esteem will soon diminish over time.  You start believing those low opinions people have of you..

By the time I became a Christian, my image of myself was completely shot. I really was wimpy.
Serving God was tough because I always felt second-best. I couldn’t speak up and rarely contributed my opinions – even when asked. Ever been there?

They should have told me!

You know what else contributed to my problem: bad theology and teaching. It portrayed Jesus as weak, just like those silly paintings did.

It never told me I didn’t HAVE to walk in sin. I wasn’t told I had victory in the identity of Jesus Christ. Who told me to rely on the Word to change me? Besides that, no one told me if I declare God’s Word over my life, I can experience power from it.

I just didn’t know. So, I assumed a posture of weakness (not meekness) and let folks treat me badly.

God can’t do much with a scared, beat down Christian.

A simple study of Jesus’ life reveals He was quite the opposite of a wimp. He stood up to bullies, called out what was wrong and wasn’t the least bit concerned about what people thought of Him. Some of the folks he “went for” were important people.  He took risks.

Now, He did this with love and without demeaning – that’s the key.

A Word in Due Season

When I was in my lowest state of timidity, I visited my friend’s, David Johnson’s church for a revival or something.  A woman named Evelyn Hudson was speaking that day. I had never heard of her, but wanted to support my friend so I went.

This is random, but I was cute! Honey, I had one a lime green and white houndstooth suit and big, huge hair. It was the nineties.

Well, as I entered the church, it was clear that this Hudson lady had no problems with her self-image. She was bold and expressive. I admired her confidence as she spoke God’s word with dogged authority while holding a trash can lid…yep…a trash can lid.

Nowadays, Joyce Meyer uses props all the time, but back then, you didn’t see much of that kind of thing.

Toward the end of the service, she did the worst thing one could do to a person with a low self-image; she called me out and asked me to come up front because “God had a word for me.”

I was about 23, again fairly shy, in a new church and scared to go up (even if it meant people would get a gander of my bright green suit).

“Coo-Coo”, I thought to myself, but headed up anyway toward this crazy lady.  “No point in embarrassing my friend”, I thought.

She instantly said, “you’re going to need a backbone to do what God has called you to do.  Raise your hands.”

I could tell immediately she had my “number”.

She prayed for me.

I had no clue to what she was referring, but God knew. He knew almost twenty years later, I would need that “backbone” to live my current life as a pastor’s wife married to a strong personality.

Thank God for Evelyn and her willingness to be bold, unusual and obedient to the Holy Spirit. Praise God for the liberty of being free from a low self -image and the need to please, impress or appease people! I’m not sure what exactly happened that day, but I haven’t struggled with the same level of insecurity since. I think something in my brain (and in the spirit) clicked.

Anyone who knows me can attest, shy, withdrawn is not in my personality.  Introvert-ish yes, but not wimpy.

Be Nice
With all this “backbone” talk, please don’t get me wrong.

I’m not advocating meanness, rudeness or un-Godly behavior. God forbid! I am simply stating God can’t use a wimpy, scared, insecure Christian as easily as He can a strong, eager willing one. I’m also saying Jesus is a Deliverer and can set you free from bondage- even that of self image,

Regardless of your personality, learn how to say “no” with kindness, set boundaries with skill, correct in love and be a Christian of strength and Godly power.

Finally, please know your worth, Godsy Girl. Don’t mistreat others nor allow them to mistreat you. Seek God and ask His Holy Spirit to reveal the true fruits of the Spirit in you. Ask Him to work strength and resolve in  your spirit. And a love walk best described as fearless.   The kind of boldness that can say, “No, I won’t do that, I’m a Christian”.

Be bold in your witness, confident in your God-given gifts and turn your community on it’s ear for Christ! 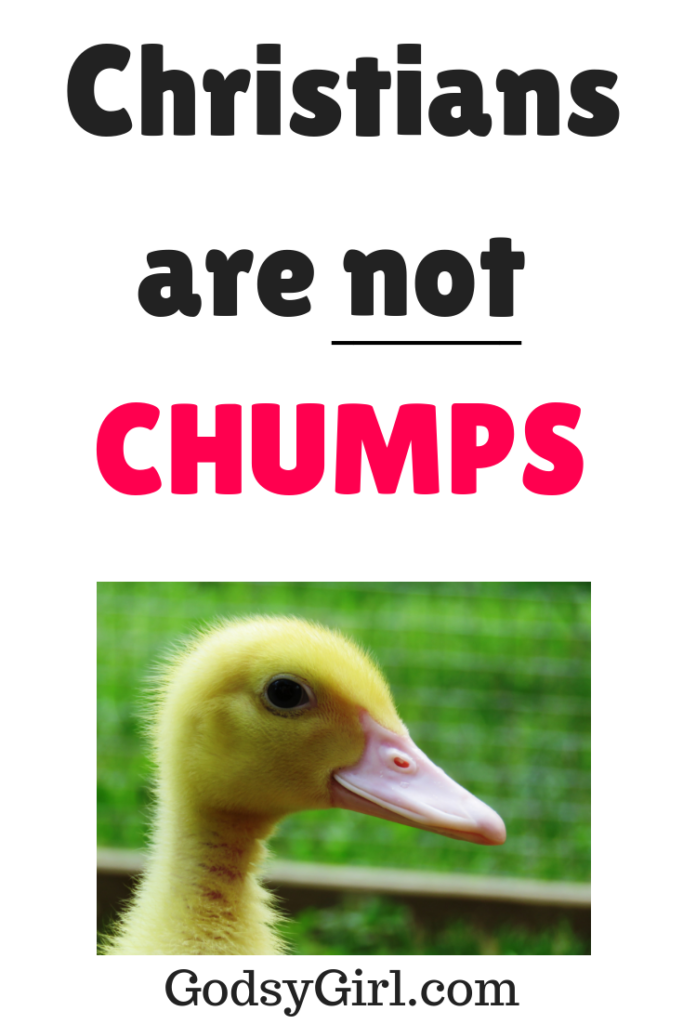