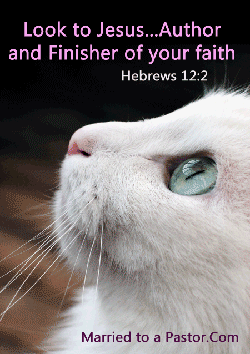 The problem is that I didn’t realize just how guilty I was until this morning. Before you shake your head at me, I’ll bet you are (or have been) guilty of the same.

You see, God has told me to start (begin, found) something for years. It’s burned in my spirit for so long. Still, I ignored it. I’ve even talked to my confidants about it and expressed the need for it in the Body of Christ. But, did I move? No.

Well, let me back up.

I did start it in the form of a simple blog. I didn’t take it seriously, though. I didn’t even buy a domain (a www) for it. I would just write about the topic here and there. You know, dabble. The people would find it in Google, read it,  be encouraged and sometimes email me questions. So, I thought that [minimal effort] was good enough. Doing “something” seems good right? Indeed, but, “good” isn’t always “God”.

God demands complete obedience. When He tells us to do something, we cannot just dabble in it. We cannot just dilettante it. We must dive in- head first, clothed in faith and bring a vision to reality. Right? We must act. Forsaking everything else to move fully into what He has told us to do.

From struggle to Victory!

When He planted this vision in my heart, I wasn’t impressed by it at all. It was an area in which I was personally struggling and I didn’t want to “show my slip”, if you know what I mean. I didn’t want my “business” in the street, so to speak. What I didn’t know was that the struggle was part of His plan all along. He knew that struggle would eventually turn to victory (which it did) and I would be able to bless other women with the pain of that transition. I have transitioned to victory. He’s so wise. Why don’t we listen?
Everything changed when I made the “mistake” of listening to a Pastor Jerry Dirmman podcast on iTunes. I was driving and just popped it on. I chose the message from Christine Caine. I just love her. Well, as I listened I chuckled and giggled at her and revelation. I especially enjoyed her anecdotes and funny stories of faith. My heart sank as she spoke of her adoption story.

The entire sermon was 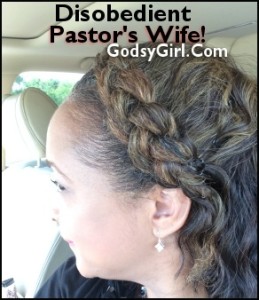 like a journey that lead me to the spiritual spanking I would receive at the end of the sermon.  It was a whopper.

She came to my house! OMG! Not only did she come to my house, she snuck into a secret room that was full of cobwebs and old, dusty boxes of doubt and insecurity.

The spiritual beat-down commenced when she shared her trepidations about launching the A21 Campaign. I related as she shared about her anxiety about God’s lofty goal. Like me, she had more excuses than a dude going to jail.

Christine went on to share how God uses unlikely people (like me) to do big things for His glory. She ministered on the wonder of His miracles and how fear can be the enemy of faith.

“Impossible is where God begins!” she shared.

She reminded us – no me – we must do what God has called me to do despite the lack of confidence and uncertainty that follows God’s directives. God isn’t surprised that I’m nervous about this thing. Nor is He shocked by my deficits.

So. I will focus on what He has called me to do. I will stick with it. I will stop nursing my “Ishmael” projects and work diligently on my “Isaac” ministry.

Hey, I was wondering why none of my projects “felt” right. They never succeeded the way I wanted them to succeed. Now, I know why.  They didn’t have His hand on them. I was not anointed to write for a beauty blog. Actually, only the Godsy Girl projects worked and attracted people. Geez!

Honestly, I’m afraid. But, that won’t stop me. Not sure if anyone will come, but I can’t be detoured by that either. Pray I forge ahead in this dubious territory. God has revealed my first steps. Pray I obey them one hundred percent.

Girl, I must please Him. I must die to self and not let my self-regarding desires for anonymity hinder what God has planned.  So, it’s beginning with my new blog for senior pastor’s wives. Pray for me, for real!

Note to my cousin/mentor: Eileen. I’m finally moving to build that ministry. Brick by brick.