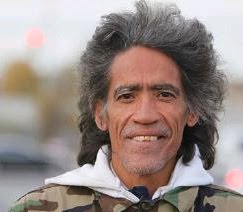 If you have been even semi-conscious in the last couple of weeks, you’ve heard of the man with the ” golden voice”. Ted Williams seemingly came out of nowhere and has landed on “planet super-stardom” with the world at his fingertips.

Homeless and struggling with addiction, Williams’ had likely lost hope for his former life and career in radio. That is until fate (and likely faith) offered him a second chance – what a chance it is! Williams has had countless job offers from large companies and media networks.

This Horatio Alger story of rags to riches brought out the best in America. You can’t help but smile when you hear his story. But, his rapid rise to fame has also sparked some concerns for his long-term well being.

Everyone knows sudden tragedy can devastate one’s life, but so can sudden success. You’ve heard the stories of lottery winners, athletes, and quick-rise celebrities ruined by wealth, attention, and influence.

So the question remains: will Williams make it or return to the familiar lifestyle of drugs and poverty?

I believe he will.  I’m no one from nowhere, but I’m hoping for the best for him and in him. We all want to see Williams make it.

His story is the stuff that makes up the American dream and builds faith. B

ut what exactly does it take to start a new life and succeed? What supports should we all have in our lives?

1. Strong support system. Williams will need a host of people to hold him accountable and keep him focused on a forward trajectory.

2. Financial counsel. The money is rolling in and Williams needs reliable financial overseers to ensure no one takes advantage of him. If I were him, I’d ask Oprah for a referral.

3. Williams has repeatedly said his faith is his mainstay. This being so, he needs to align with a good church and Christian spiritual leader.

I’d recommend someone like Rick Warren who seems to be honest and ethical. After all, after his book “The Purpose-Driven Life” sold millions, he began working for his church for FREE! That’s integrity. Also, in New York is A.R. Bernard, another great ministry and man of God.

We’re all rooting for Ted Williams. I hope he not only rides the silver-lining of this cloud to success, but I also hope he stays there as well.

Wishing him the very best and praying he never gives up!  God has a plan for his life and loves him so much. Never give up, Brother!

2 thoughts on “Ted Williams: He will be ok!”