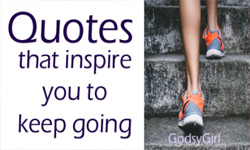 Every single person with a heartbeat feels like giving us sometimes. I don’t think it reflects on their personal strength or their faith either; it’s just life can sometimes be so very hard.

When I broke a bone, I felt so lost.

The tasks I had done routinely, I could no longer do.

It hurt to see my family struggle. It devastated me to see my mom sick and not be able to help her. It was indeed a brutal time.

Kevin Hart gets it

The actor, Kevin Hart, actually said something that really resonated with me. It was during a video chronicling his recovery. He said something like “God basically knows what we need and the thing that almost destroys us is really a blessing.” I totally massacred the quote, but you get my point.

While my injury devastated me emotionally and physically, I learned so much during that dark time.

Sadly, I learned the people I thought cared about me did not.

I also discovered the people I didn’t think even knew I was alive cared a great deal for me.

It was such a blessing to find I have friendships with folks I didn’t know viewed me that way. I was like “I had no clue you cared.”

The most important thing I learned though is the value of just pressing on through struggle. Life is hard, but, you can not let it completely wipe you out.

You must – and I do mean MUST – put one foot in front of the other and keep going.

Giving up is not an option and it solves absolutely nothing. In fact, giving up only causes more pain on those you love. Don’t give up.

Real talk when you need to keep going.

If you feel you like seriously giving up. Please talk to someone. It’s okay to have people pray for you, bu,t I mean talk to a mental health professional. You need someone who understands how your body and mind works and can help.

Now for some great motivational quotes to keep going…

“When the going gets tough, put one foot in front of the other and just keep going. Don’t give up.”
Roy T. Bennett

"When the going gets tough, put one foot in front of the other and just keep going. Don’t give up.” Roy T. Bennett Click To Tweet

“Be strong and courageous. Do not be afraid or terrified because of them, for the LORD your God goes with you; he will never leave you nor forsake you.”
Deuteronomy 31:6

"Be strong and courageous. Do not be afraid or terrified because of them, for the LORD your God goes with you; he will never leave you nor forsake you.” Deuteronomy 31:6 Click To Tweet

“You just can’t beat the person who won’t give up.”
Babe Ruth

“Giving up is not an option. Simple as that.”
GodsyGirl

“I am a slow walker, but I never walk back.“
Abraham Lincoln

From this point, feel free to copy/paste to tweet.
I don’t want to many redundancies in this post
for search engine optimization reasons.
Not sure what I mean? Click here?

“If you fall behind, run faster. Never give up, never surrender, and rise up against the odds.”
Jesse Jackson

“ There is no failure except in no longer trying.” …
Elbert Hubbard

“You just never give up. You do a task to the best of your abilities and beyond.”
Debbie Reynolds

“This I do know beyond any reasonable doubt. Regardless of what you are doing, if you pump long enough, hard enough and enthusiastically enough, sooner or later the effort will bring forth the reward.”
Zig Ziglar

How I use motivational quotes to keep going with my tech.

I like to schedule motivational quotes to keep going in my calendar for a future date.

Want to know something wild? Those quotes pop up far in the future and I almost always need to hear it at that moment in my life! The Holy Spirit uses technology to minister to us when we need it most. He’s so real!

“Many of life’s failures are people who did not realize how close they were to success when they gave up.”
Thomas Edison

“It does not matter how slowly you go so long as you do not stop.“
Confucius

“Courage is not having the strength to go on; it is going on when you don’t have the strength.”
Theodore Roosevelt

"Perseverance is not a long race; it is many short races one after the other."–Walter Elliot  Click To Tweet

Do you see the trend?

Hard times hit everyone. The key is to keep going. Never give up and never give in.

Hey, do you know what they call a doctor who earned tons of C’s all throughout medical school?

“Success is not final, failure is not fatal: It is the courage to continue that counts.” Winston Churchill

“If we are growing, we are always going to be outside our comfort zone.”
John Maxwell

“Sincerity makes the very least person to be of more value than the most talented hypocrite.”
Charles Spurgeon

"When obstacles arise, you change your direction to reach your goal; you do not change your decision to get there." Zig Ziglar Click To Tweet

“Do the thing you fear to do and keep on doing it… that is the quickest and surest way ever yet discovered to conquer fear.”
Dale Carnegie

“A positive thinker does not refuse to recognize the negative; he refuses to dwell on it. Positive thinking is a form of thought which habitually looks for the best results from the worst conditions”
Norman Vincent Peale

“Never finish a negative statement; reverse it immediately, and wonders will happen in your life.”
Joseph Murphy

“I know worrying works, because none of the stuff I worried about ever happened.”
Will Rogers

“Even if you’re on the right track, you’ll get run over if you just sit there.”
Will Rogers

"Never give up on a dream just because of the time it will take to accomplish it. The time will pass anyway." Earl Nightingale Click To Tweet

“Self-improvement is the name of the game, and your primary objective is to strengthen yourself, not to destroy an opponent.”
Maxwell Maltz

“Sincerity makes the very least person to be of more value than the most talented hypocrite.”
Charles Spurgeon

“I think the reason we sometimes have the false sense that God is so far away is because that is where we have put him. We have kept him at a distance, and then when we are in need and call on him in prayer, we wonder where he is. He is exactly where we left him.”
― Ravi Zacharias, Has Christianity Failed You?

“My job is to take care of the possible and to trust God with the impossible.”
Ruth Graham

Be sure to save this post so you can refer to it later!

You can even head back here to find the perfect quote to text or send in the moment. Pin the image below now!

I love quotes and scripture. Your brain is able to process them easily when all around you seems chaotic.

In the hard times of life, I don’t really need to read chapters of anything. In fact, my brain can’t even process all that data. During those times, I Google quotes to get me through the day.

Now, in the future, I’ll be able hit up my own blog and get just what I need!

Same goes for my over 40 blog for women. Honey, I love helping folks, but I listed out tons of Weight Watchers points on that blog so I will have quick and easy access to restaurant’s Watchers Points whenever I eat out.

When I was younger, I would jokingly say “Hey, it’s all about me, right?” I stopped saying that because it’s really not.

However, looking at my blogs, it may be. LOL

Oh well. I hope it all helps and encourages others as I do my thang around the web. 🙂

Your comments give me life! Let me know if you like these quotes or even which ones resonate with you this moment in time!