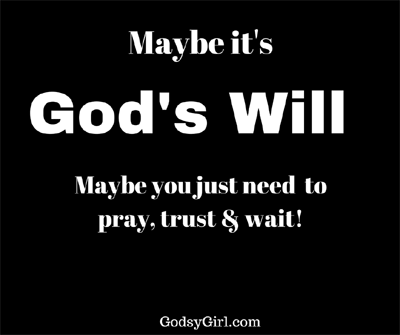 God has been gracious to me- even more so than usual! Let me tell you about it! My family’s awful storm has been stilled by His mighty hand. You may not know it, but I’ve been blogging for years about a particular health struggle in my family. I was never very specific about it; I wanted to protect my family’s privacy. Honestly, the family member in the medical struggle is not keen on folks knowing “his business.” In other words, he’s super private.

Anyway, after a long, long journey, we finally got a favorable medical report! It’s finished. He’s healed! Only God could do what was done.

Only God could have caused organs that had ceased from working to function as they should.

It was such an uphill battle. People kept telling me they hoped God would heal my family member …”if it was in God’s will.”

Let me tell you, only God could cause one of the leading medical professionals in the city to eat his own words and delivering a totally opposite diagnosis. He told my loved one and our family death would visit us in less than two weeks.

Many are surprised. They remind me of Rhonda seeing Peter in Acts.

Although they meant well, several people told me the illness was God’s will and the medical death report was something I had to accept.

But, God helped me have more faith in His promises than in the medical prognosis or the faithless words of well-meaning friends.

It wasn’t me or my “super faith”, but the matchless power of God’s word and His grace.

God still moves in this earth! Remember that!

Listen. When we believe God’s word, earthly destinies can be altered, family cycles can be stopped and legacies can be changed…and people can experience new hope.

When I buried the majority of my family before I turned 26, I learned to accept God’s will. I also learned to study God’s word and learn how He moves on the earth. This is so important because then you will learn His ways and not put all your faith in the reports of men.

His will is “King”

Hey, I know that some elements of life cannot and should not be changed. It’s not for me to decide which are which, that is God’s job, but, His word told me I could make my request known and leave all the details to Him.

His sovereign will shall always rule, but I’m so grateful I can express to Him what I would like to see occur (Phil.4:6)

Knowing God’s will: He wants to save!

For example, what if Moses hadn’t interceded for the children of Israel in Exodus 32?

After they acted foolishly, God had decided to destroy them. What if Moses had passively said, “That’s it! I guess we must accept God’s will…”. Then so many of the victories of the old testament would never have been not been told. But He didn’t, instead, Moses (in verses 11-14) asked God for a different outcome.

Amazingly, God the Creator of the universe, the Master of all, changed His mind ( in verse 14) to show us that He hears us, cares about our desires, and is endlessly merciful! Isn’t that awesome?

He wants to heal too!

So, never forget, God cares not only about your salvation in eternity, but also your comfort on earth. If you’re curious about knowing God’s will, just ask.

Now, know this: He will not always grant you what you want.

Sometimes, you don’t know what you want, other times, what you want will cause damage to you and His plan for your life. He is the Decider, not you. In such cases, you just trust Him. Amen?

P.S. thank you for your emails, prayers, and words of encouragement.