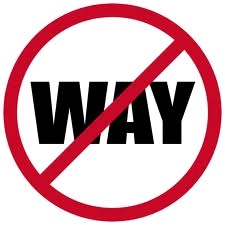 I often wonder how to trust in God when life is hard.

In my quiet time today, I discovered that I had assumed too many of life’s burdens. In other words, I had grown consumed with worry. If I told you what I was struggling with behind these words, your jaw would drop. Yeah, if I shared what struggles I worship and smile in spite of, you’d likely be amazed. Life is just hard sometimes. I learn how to trust God in those seasons. They are necessary, I think.

But, during my quiet time, the Holy Spirit showed me that I had taken on burdens that I was never designed to carry myself.

My faith got wimpy.

Not only that, but I had also assumed a weak – almost pitiful – Christian posture based on an intellectual experience with God rather than a spiritual, power-laden, supernatural faith.

So many times, we Christians try to reason, understand, and figure out God and how He moves rather than just trusting Him to fix the issue and guide us through it all.

This before stated is futile, silly and often a tool of the enemy. You see, in our attempts to figure God out, we become confused and drawn away from the fiery, real-time power of the Holy Spirit.

You can’t walk in earthly intellect and faith at the same time – the two just don’t go together. You have to choose one.

Stop whining, Christian woman think about how to trust in God.

In our begging, pleading and whining, we forget God’s promises are for US TODAY (not the newspaper) and not limited to some ancient, mystical figures in the scriptures.

We can stand on God’s word and assert an authority (given by Jesus) that will make the Kingdom of Hell shudder and bring about change.

The real part is I also believe I may sometimes suffer because it is part of His plan for me. In that case, in that circumstance, I have no authority. My job is to trust and submit. That’s it.

Stop thinking too much, Christian woman.

So, for those who are stuck in the quagmire of intellectual faith and think that is where you should be, you keep that for yourself.

Some theologies are built on trying to make sense of God and what He is doing at a given time. That’s ignorant. That’s useless. His ways are so far above ours; why try to understand it?

Instead of attempting to figure out the “why”, just trust Him and do whatever the Holy Spirit tells you to do. That’s what I’m doing to get through my hard time. That’s what I hope I always do. That is how to trust in God.

If you like bumping your head against a brick wall, go ahead and try to “figure out” what God is “up to” in your life.

In the meantime, you will find me standing strong in the power of Jesus and claiming my inheritance as a joint-heir in Christ.

Keep your “whys”, your “but in the Greek it means”…I don’t need it and will likely just laugh at you. I will live in the supernatural power of the Holy Spirit and His real- almost can touch Him- experience. That’s what has held me together for all these years.

For then, and only then, I can be a true blessing to the Body of Christ and speak a powerful word to encourage myself and others in times of pain and trouble.

Especially when we are encouraging someone going through a hard time. We don’t know “why” and we shouldn’t say we do or offer “ideas” about why God is doing or allowing something.

Which will it be, Christian Girl? Victory or logic?

You receive only what you have faith for, so you choose – Victory or Logic. Sometimes, it really is as simple as that choice.

For instance, Jesus spitting in a bunch of dirt and rubbing in on people was not logical – but it was victorious for the blind man that received sight.

Choose today. Will you live by faith or by what makes sense to you? Will you take Him at His word or try to figure Him out intellectually with man-made tools?  I think you know what I choose – BLIND FAITH, BABY!

2 thoughts on “How to trust in God”