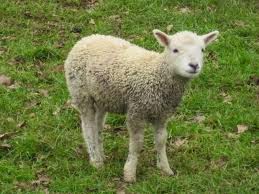 I love Facebook! You can always find me on there trying to make folks laugh or encourage them in their day. But, although my intentions are noble, I’m not so sure it’s effects on me always are. Makes me wonder if taking a break from Facebook is a good idea.

Yeah, Facebook has some definite pros and cons. Sitting here thinking about them, made me wonder what my daily shenanigans really accomplish. As you continue reading, know I’m a Christian woman blogger, so my perspective stems from each of these world views. You are duly warned. 🙂

As with most things in life, a great place to start is with the “pros” or positives.

Facebook offers wonderful opportunities to connect with friends, see what’s new in their lives, and give encouragement to someone going through a hard time.

I also love staying updated and finding ways to be a blessing. Sometimes you can find someone who has a real, practical need and you can be part of satisfying it. That’s super cool.

It also has some distinct negatives.

Now for the negatives. Can’t ignore them and you likely already know them.

Facebook is the universal dumping ground for people’s bad news. It’s where they share if they are discouraged or frustrated.

They usually use it to vent when folks or things make them angry and sometimes they use it to “fight” or argue with someone by posting mean things. Boo to that!

The worst part of Facebook for me is that it is a real discerner of hearts.

Honey, if you’re on Facebook long enough, you’ll see who is really crazy, mean, selfish, mentally-imbalanced, racist, judgmental… I could go on.

The very people I see every day in real life and deem normal have shocked the grape jelly out of me on Facebook! I mean REALLY!!!!!!

No, thanks for that. I’d rather be in the dark about who some folks really are …at their core.

After thinking through the pros and cons of Facebook, I opted for a break. No, not really. That sounds so mature, doesn’t it? I’m not that actualized. *hehehe*

Honestly, after one of my usual visits, I felt like God was saying “Hey, this isn’t making you happy, why are you on it?”

More than anything else, Facebook depresses the heck outta me!

It was true. Rarely does facebook just make me smile. More often than not, I’m disheartened by a news story or a yucky post.

This happens often because I like to be on there A LOT. I think it has something to do with my personality. I’m such an “all or nothing type” of person. You might call me an “addictive” personality, whatever it is or not, I don’t know. I just know the Holy Spirit keeps me in balance and I’m so glad He does.

Our church just came out of a season of consecration and revival. Super cool!

During the season of fasting, I heard God’s voice so much clearer than I had in previous days.

It was such a “peaceful” time. Without the dulling sound of the television, radio, and the noise of everyday life, the Father’s directives were clear as crystal.

His Words jumped from the pages of the Bible and I was much more connected than I am in my usual, run-of-the-mill daily “Facebook checking” busyness.

The Lord told me…He really did.

So, when I felt the inclination to discontinue my personal Facebook activity for a while, I knew He was at the heart of the urge and I was committed to obedience.

After all, I’m just a dumb sheep and I desperately need my Shepherd to guide me, lead me and let me know when to balance my life a bit. I’m so glad He does! Doesn’t He sort of “direct” you too?

That answer to whether or not it is “bad” depends on the news story of the day. It’s IS bad, in my opinion, when you’re bombarded by one negative social media post after another.

Another problem is if Facebook contributes to lusts and temptation.

Be careful with how you present yourself on there and how you view people. If you find you’re thinking someone else’s husband is “cute” or “fine”, the enemy is using it as a tool. At such time, taking a break from Facebook is a very good idea. Control your thinking. What else should we, as Christian women, be aware of on Facebook?

Even if something HUGE happens in the world, I don’t think it’s healthy to have it before your eyes over and over again. It can become too much and you’ll find you will have to de-tox your mind and spirit after each Facebook session.

Same with watching the news. You have to say “Bye Bye” to that too sometimes. Watching, hearing, and learning too much in a short time-span can impact your mood. Don’t you think?

While I don’t think Facebook, in itself, is a bad thing, I often need a break from it.

Also part of the “good” and “bad” elements of Facebook is the whole placing yourself at the whims of people’s feelings thing.

As I mentioned, characters can be incredibly negative on this platform which is a good and bad thing.

Be wise and guard your spirit and your mental health.

So for now, farewell, FB friends. I would say I am going to miss you, but I think my time will be spent in a way that will render me a much better “friend” to you in real life.

Hopefully, my life won’t be driven by all the usual selfies, nosiness, and just plain Facebook shenanigans.

I hope I’ll return having rested my mind and viewing Facebook as the OCCASIONAL entertainment platform it is.

Do you ever feel torn with Facebook (or another social media) outlet?

While, in itself, it’s something rather innocent, it really can have a huge impact on how you feel at the moment.

Remember, you only have 24 hours in your day. You sleep for almost half of them. The rest is consumed with work and “to do’s”, right? I guess I’m saying use your time very wisely.

If you find Facebook is not adding to your joy and peace, why not take a break for a moment? Pray about it.

As for me, I know it is a great idea to disappear for a bit. Yep, Christian Woman, for now, I’ll say bye, bye Facebook…or should I say “baaaa baaaaa”? Sorry, I couldn’t resist.:) Get it? “Baaah…” that’s what sheep say, right?

As you continue reading, know