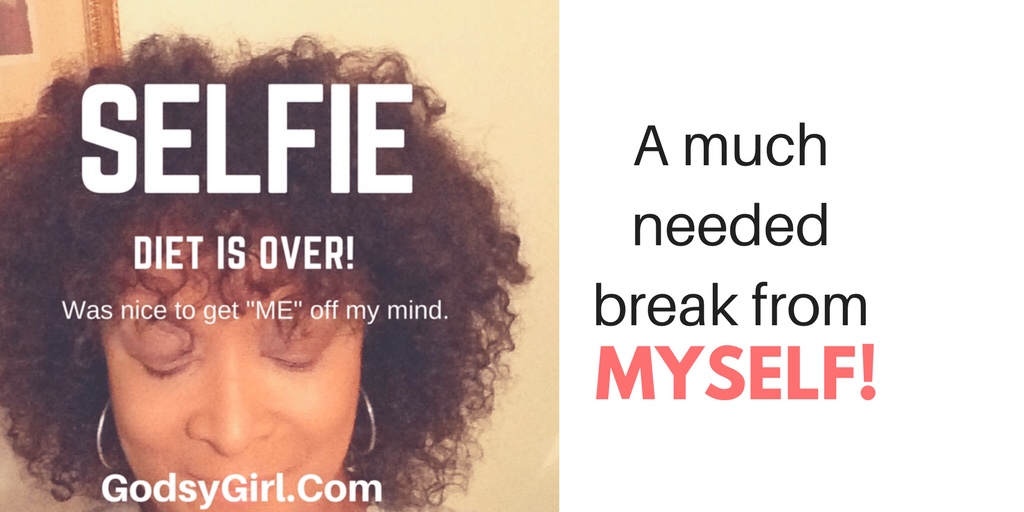 So, my selfie diet is now officially over.

Who would have thought that a “selfie fast” would be a problem for a 40 something-year-old like me.

“Selfies” have become such a huge part of pop culture.

If you have a Facebook, Instagram or a Twitter account. You’ve seen countless -rather intelligent -people randomly snapping photos of themselves at any given moment – in the car, in their kitchens, at work, on their stairs, on their porches and in restaurants. Old people do it; young people do it.

After a while it is almost comical.  Seeing people take all those pictures of themselves.

But, before I make fun of them, let me admit, I was chief amongst them. 🙂 I was an avid selfie addict.

What’s up with that?

What motivates us to take pictures of ourselves all the time?

Is it because we think of ourselves way, way, way too often?

Is it that we are consumed by what we look like?

Are we seeking “likes” or approval from others?

Is it because we are shameless exhibitionists?

I don’t know. But, selfies are fun.

Still, all things fun aren’t necessarily good for us.

Constantly taking selfies is no different. It can be harmful.

All things in moderation-not too much or too little of anything. Yeah. That’s the best way.

All that said…I still don’t really get it.

Still, I don’t know why we, especially Christians, have become a generation of selfie takers.

Maybe, it doesn’t matter in the long-term.  Maybe God doesn’t even care. Again, I dunno.

What I do know, is most all of us is entirely too self-absorbed.

Selfies are not sin, yet any constant thought (or concentration) of oneself is nothing more than selfish pride. Of that sin, we must all be careful.

All this thinking prompted me to take a break from the selfie craze.

For an entire month, I took absolutely no (NOT EVEN ONE) pic of myself. It was wild.

I had to re-program myself from the habit of snapping pics and posting them for feedback. I had to get used to using my phone for things other than it’s camera.

At the end of it, I did feel sort of different about taking tons of selfies. Suddenly, it seemed frivolous and silly. Also seemed like a waste of time.

I do take the occasional selfie now and again, but not nearly as much as before my “diet”.

I dare you to not take any selfies for 30 whole days.

No pictures of yourself in that hot new outfit.

No pictures of your great new hairstyle or your awesome makeup.

No pic of your fantastic “look of the day”.

It will be hard, but no pictures of yourself doe 30 days. You can do it!

Let me know if you try it. 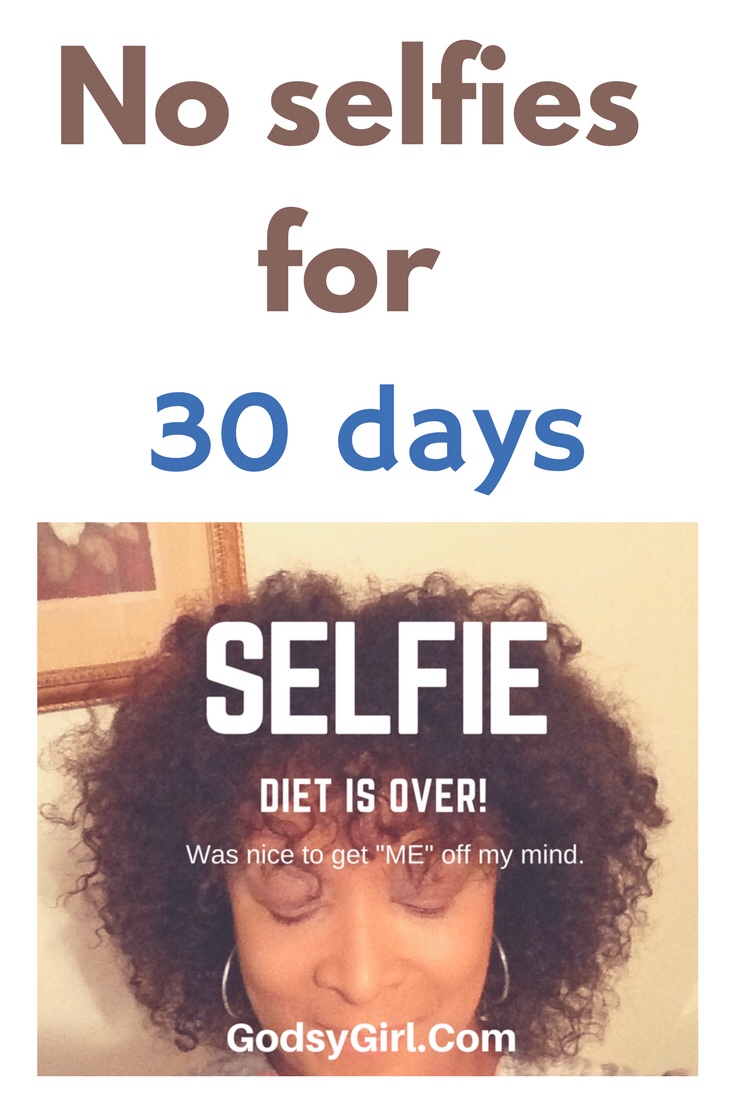