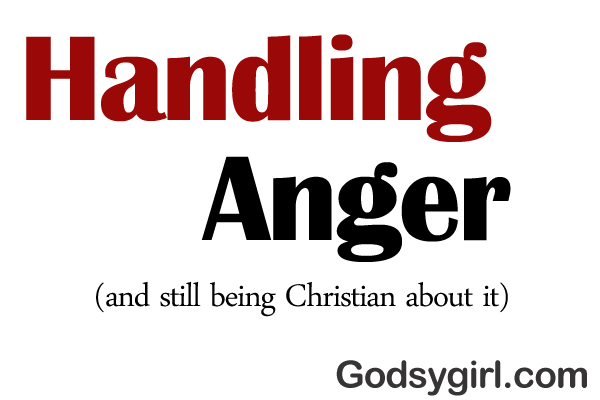 Is it possible to be angry and NOT sin? Is there a righteous anger?

“In your anger do not sin”: Do not let the sun go down while you are still angry, 27 and do not give the devil a foothold.” From Eph 4:26

Question: Is it possible to be angry and not sin when so much of sin is rooted in anger?

So, can you be “mad” and not get yourself into a world of trouble?

Jesus became angry. You may remember the incident in Matthew 21 verses 12-13. Jesus forcefully kicked money changers out of the temple. He was “ticked off” at their misuse of God’s house. He was also angered at the stubborn hearts of men.

“He looked around at them in anger and, [was] deeply distressed at their stubborn hearts…” (See Mark 3:5)

Anger is an ever-present part of the human experience.

Another Perspective of Anger…
Anger (not rage) may get a bad “wrap” in Christian circles. Righteous indignation can motivate us to action. For instance, anger prompts us to 1) advocate for the helpless, 2) give money to worthy causes, and 3) intercede intensely in prayer. In fact, someone once told me they pray most fervently when they are angry at the works of the enemy.

A Critical Look
Perhaps, the issue is not whether to feel anger or not, but how to deal with it. Scripture says anger can give “a “foothold” or power to the enemy. Read Eph. 4 for more details.

Bitterness could be considered one of those footholds. In his book “The Journey”, Billy Graham describes bitterness as “anger gone sour, an attitude of deep discontent that poisons our souls and destroys our peace”. Wow! Bitterness is expensive. It can cost you peace. Nothing is worth that, Godsy Girl.

Dealing with Your Anger
There are five ways to handle your anger and still hold on to your peace.

1. Breathe and freeze. When the anger begins to surface, seize a moment to simply breathe. Take at least 5 deep, slow, cleansing breaths… in through your nose and out through your mouth. Then freeze. Don’t speak or re-act – just be still. If you can, wait a day or so to respond. Don’t be that fool in Proverbs 12: 16!

2. Apologize, when necessary. If your anger hurt or wounded someone, quickly beg forgiveness and make it up to them, if you can.

3. Confess the anger as soon as possible so you can let it go. Honesty check. Sometimes, I’m still mad after the sun goes down, but I deal with the anger through confession and/or an apology before too much time passes. When my god-brother was murdered, I wasn’t able to abort the anger by the end of the day, but I continually confessed it (to God) until it was less and less poignant. Some situations slip by us, but the Holy Spirit will help. In some situations, it may take hours, days, or months, but pray about as long as takes to become free. Note: His Word really helps.

4. Identify the “lesson“. Dissect and analyze the situation so you’ll be better prepared to behave more appropriately next time.

5. Forgive. I saved the best for last. Forgiveness is like an aloe vera plant. It looks like it will hurt you, but if used properly it can be incredibly healing. Likewise with forgiveness, when done genuinely, forgiveness will free you from anger, bitterness and bring healing.

Prevention.Com says it also has physical benefits. Some of which include: “lower blood pressure; maybe more important, you feel less anger, anxiety, and depression, and more self-esteem.”

I think there are times when you should be angry! It does not make you unrighteous…as long as you don’t hold it and allow that stinky bitterness in.

When you have to, don’t be ashamed to seek counseling to get help in managing your anger.

Source:
Prevention.Com
“Kiss and Make Up: 5 steps that get you past your anger–and into a happier, healthier life

2 thoughts on “5 Steps to Overcome Anger”